Participation of Citizens Is Indispensable in Law Making Process

Honorable Netranath Adhikari, Speaker of the Gandaki Provincial Assembly, said that participation of citizen is essential in the policy and law making process.

Speaking at a program on ‘Participation of Citizens in Policy and Law Making’ organized by Informal Sector Service Centre (INSEC) Gandaki, the Speaker said that the policy and law making process would be made effective in the coming days only after discussing with stakeholders and civil society.

‘Earlier, there was or was not a direct discussion with the stakeholders, but from now on, civil society will be involved the on the basis of need,’ he said.

Stating that the law-making process is complex, he said that it was not easy to make the law as expected. ‘Suggestions reflected that the laws of Gandaki are people-friendly. I am happy that now the law should be implemented,” she added.

Manibhadra Sharma, Chief Advisor of the Nepali Congress Gandaki Provincial Assembly and member of the Legislative Committee, said that some bills were passed by a majority for the benefit of the people rather than the state. 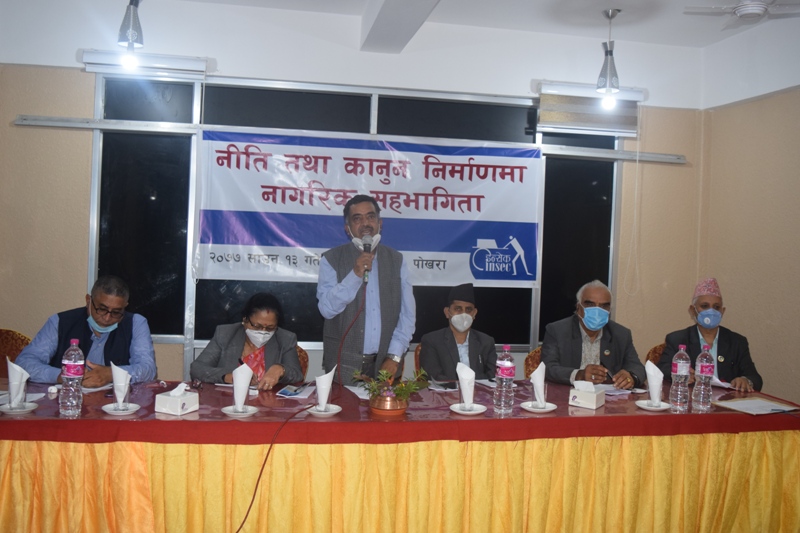 Chairman of the Gandaki Provincial Legislative Committee Mohan Regmi said that the participation of civil society organizations was essential in law making. According to him, the provincial assembly has already passed 41 laws. 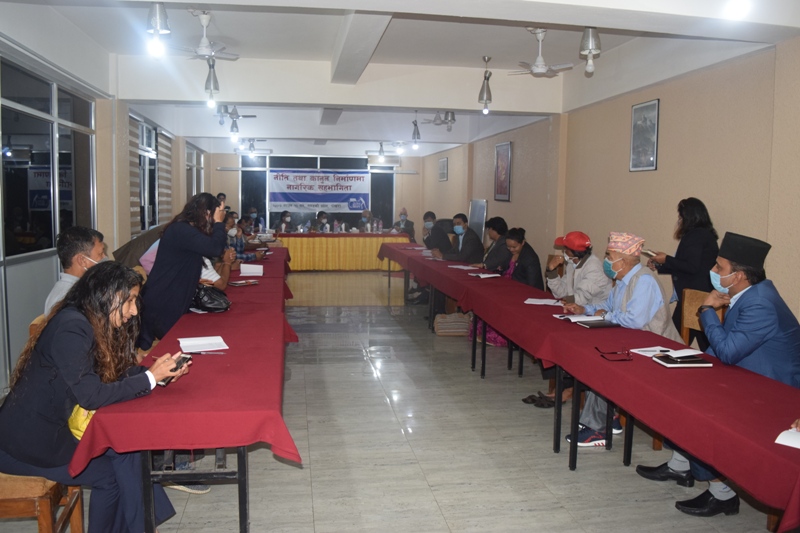 Pushpa KC Bhandari, member of the Provincial Assembly and member of the Legislative Committee said that the interest of the stakeholders was also needed as amendments could be made in case of any error in the law making process.

Ram Prasad Subedi, General Secretary of the NGO Federation, said that the laws made by the federal, province and local level are brought without any discussion.

“At present laws have to be made in consultation with the people on issues of daily concern to the people, but there is less practice,” he added.

Tanka Khanal, an official of the National Human Rights Commission, said that the problem was due to the laws and policies that were not discussed with the people or stakeholders. 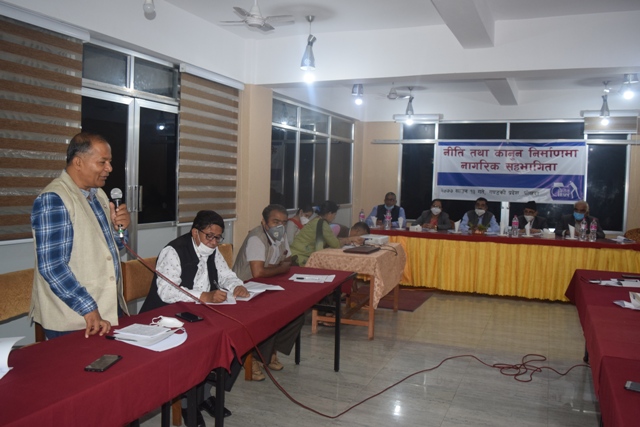 He said that the members of the state assembly should have public interaction and discussion in their respective constituencies before formulating laws and policies.

Tara Maya Thapa, chairperson of the Women’s Human Rights Defenders Network, said that the laws made could not be implemented properly as they could not be explained to the people.

In the program, a critical study report on the participation of citizens in law and policy making prepared by INSEC was presented on the procedural issues adopted by the Gandaki Provincial Assembly in law making and the issues included in the law.

INSEC Gandaki Province Coordinator Shiva Khakurel said that direct participation of citizens in every issue of the state would be important to make democracy institutional and strong. “In the coming days, the province assembly is expected to give priority to the participation of citizen in policy and law making,” he added.

The program was conducted by INSEC’s Program Officer Sabnam Sharma and was attended by honorable members of the Provincial Legislative Committee, chiefs and representatives of various government offices and civil society organizations.