Yagya Prasad Adhikari, Chief of the National Human Rights Commission, Bagmati Province has said that the policies adopted by the state during the breakout of corona virus (COVID19) was not effective.

Speaking at a discussion program on the human rights situation in Bagmati Province organized by Informal Sector Service Centre (INSEC) in Hetauda on 5 August, he has pointed out that the commission’s chief officials have been biased in terms of distribution of relief materials. 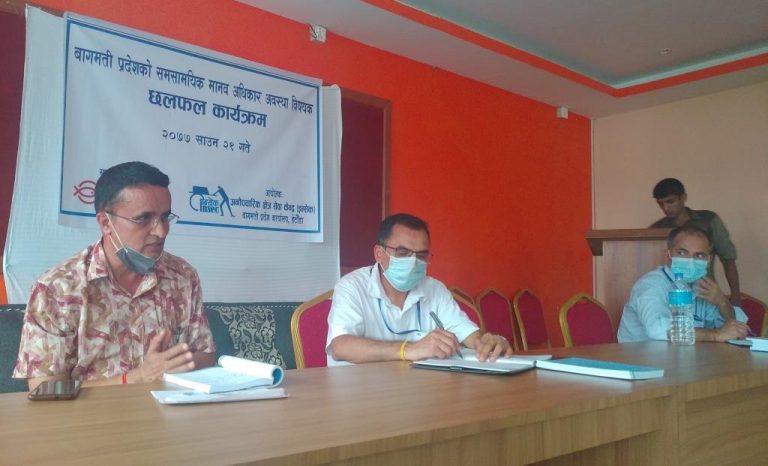 He said that the cases of human rights violations has increased in the last four months due to the lockdown. The incidents of murder, suicide and violence against women have increased, it is necessary for the activists to raise a common voice in this regard, he added.

The commission has also drawn the attention of the government to the fact that the patients died due to lack of treatment by the district hospital of the province, citing the cause of corona virus.

Similarly, he also informed that the commission has submitted 22-point suggestions to the government as the incidents of misbehavior on the journalists and human rights activists working on the frontline are reprehensible.

During the discussion, INSEC Bagmati Province Coordinator Krishna Gautam pointed out that anti-human rights activities such as dismissal from industries and forced unpaid leave were on the rise. He said that regular health services provided by health institutions were not available due to COVID. 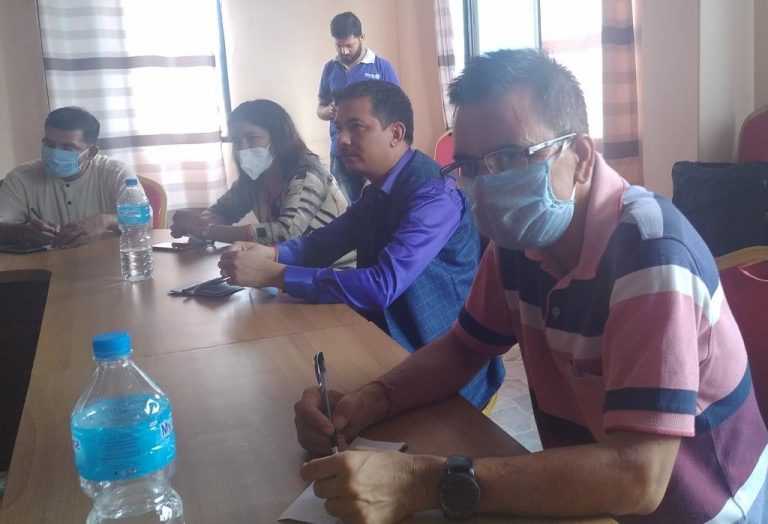 Pratap Bista, central member of the Nepal Red Cross Association and president of the Federation of Nepali Journalists, Bagmati Province, said that the state has neglected journalists working on the frontline amidst risks and pandemic. He said that despite the closure of local newspapers were closed for three months at a time when Corona but radio and television were still working to inform the public.

Stakeholders active in the field of human rights who participated in the discussion said that the state has not been able to be accountable to the people during disaster. Journalist Suresh Shrestha said that human rights should be ensured from the state.

Advocate Apsara Basnet, a central member of the Human Rights Organization, said that women and children were affected during the lockdown. She said that its affect is being seen in the court now.

Member of the Child Protection Committee Bagmati Pradesh and District Coordinator of CWIN Child Helpline, Jhawindra Gyawali said that the condition of the children’s home in the district was critical. Stating that 226 children have been living in 11 children’s homes in the district, he said that the local government and the state government should take interest in their food and education. Similarly, child marriage is still prevalent in Makwanpur. He said that there were 34 incidents of child marriage during the lockdown. 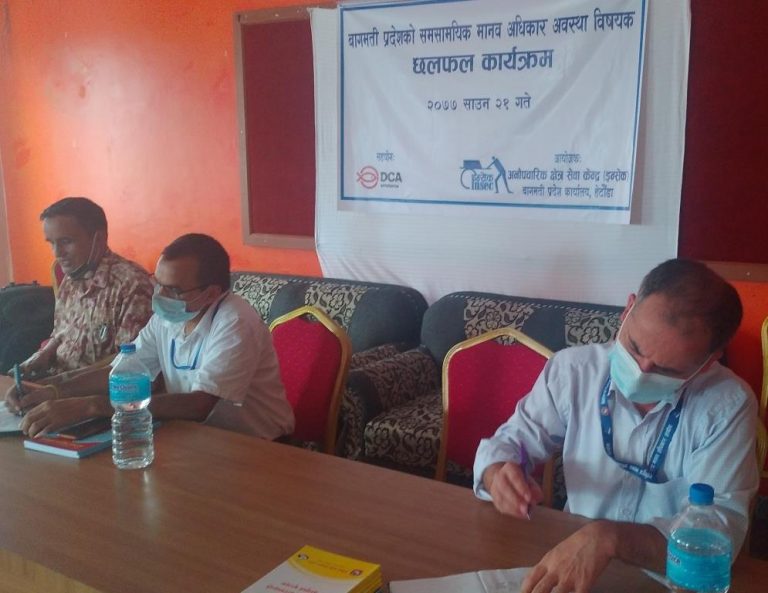 Similarly, Ram Kumar Elan, a central member of the Press Association and a media entrepreneur, said that the television and radio were in a state of collapse before it could be started due to COVID. He said that the health services of the district was beyond the reach of the common people.

Maya Lama, district coordinator of Maiti Nepal, said that the incidents of violence against women have increased. She said that there was an increase in the number of female and male suicides cases during the lockdown. She added that many incidents have not come to the notice of the police yet.

Human rights activist and advocate Dipendra Dhakal said that the primary right of the people to live has not been ensured by the state.

Similarly, Prakash Khatiwada of Child Welfare Society, Makwanpur, said that the online education initiated when the schools were closed due to the lockdown and it could not reach the children of all regions.

Sarita Dahal, Bagmati Province coordinator of Sancharika Samuha, said that the migrants were suffering from mental stress due to lack of coordination with the local level in the management.