Informal Sector Service Centre (INSEC) expresses serious concerns to Communist Party of Nepal (CPN) Secretariat’s decision of 19 January 2020 recommending Mr. Agni Prasad Sapkota, member of the House of Representatives from Sindhupalchowk District, as candidate for the election of Speaker. The decision to nominate Mr. Sapkota as candidate is against the party’s commitment to the Principles of Human Rights and Rule of Law. Further, the party decision also negates the the value of judicial process as there is a case under trial at the Supreme Court of Nepal where Mr. Sapkota has been accused as being a perpetrator.

INSEC has documentation of the abduction of Mr. Arjun Bahadur Lama, resident of then Chhatrebanjh Village Development Committee – 5, Dapcha by cadres of the Communist Party of Nepal (Maoist) from the premises of Krishna Secondary School on 29 April 2005. He was abducted after he had become Chairperson of the School Management Committee. According to local witness after two month of the incident, Mr. Lama was seen in a Maoist program where Mr. Sapkota was also present. In December 2005 the then Maoist Leader Suryaman Dong had said that Mr. Lama had been killed.

The District Police Office Kavre had denied registering the case of Mr. Lama on 5 July 2007 after which Mr. Lama’s wife Puni Maya and human right activists took the case to the Supreme Court. The complaint was registered on 10 March 2008 and following a court order the police issued a warrant against Mr. Sapkota, Mr. Dong and other party workers. Nepal Police said that none of the accused could be found. The CPN Maoist had later said that Mr. Lama had been killed in a mortar attack by the army. This is one of many cases of transitional justice in Nepal that remain to be resolved.

INSEC believes such a decision of the party contradicts the party’s commitment to respect of Human Rights and the Rule of Law, particularly given that the case is still under review at the Supreme Court. The world is closely watching Nepal’s Transitional Justice process and the endorsement of Mr. Sapkota’s candidacy by the ruling party as Speaker for the House of Representatives mocks Nepal’s commitment to International Conventions and Principles of Human Rights. INSEC calls on the leaders of the CPN to reconsider the endorsement of Mr. Sapkota’s candidacy. 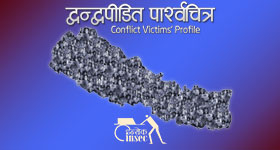 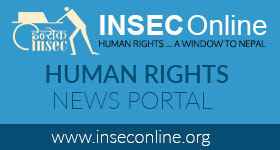 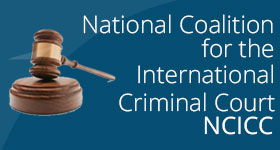 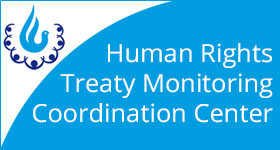